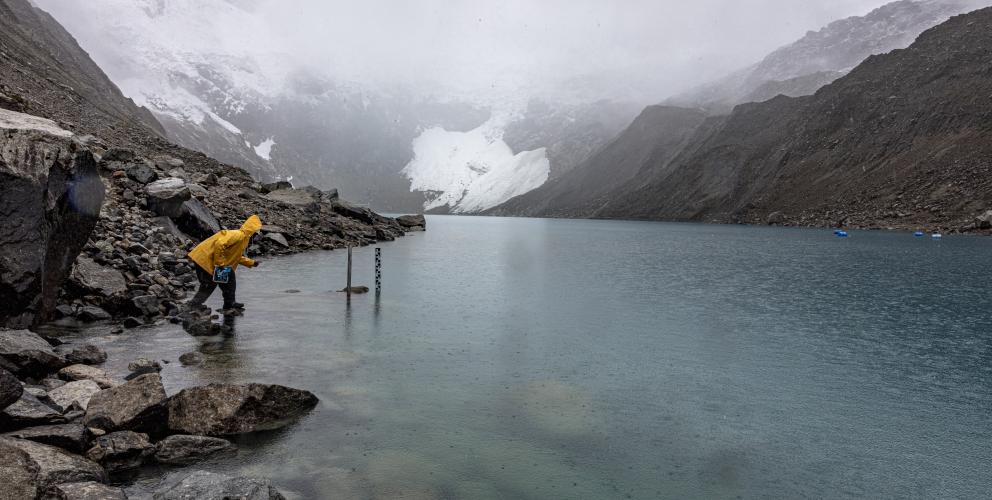 Independent scientific study by researchers from the University of Oxford and University of Washington offers a clear conclusion: Human activity has caused at least 85% of warming that led to glacial retreat above Huaraz

Huaraz/Berlin (4 Feb 2021) The Coronavirus pandemic has delayed the collection of evidence in the trial between the Peruvian farmer Saúl Luciano Lliuya and the German utility RWE at the Upper State Court in Hamm (Germany). Nevertheless, a new scientific study is providing credence to the legal claim: a prestigious team of researchers has used climate models to demonstrate that the risk of glacial lake flooding affecting the city of Huaraz is almost entirely due to anthropogenic climate change. The article was published today by scientists from the University of Oxford and University of Washington in the journal Nature Geoscience. According to press releases from the universities, human activities are responsible for at least 85% of warming in the region. Furthermore, the study finds with over 99% certainty that glacial retreat which has caused a risk of flooding cannot be explained by natural variability alone.

This study, which was conducted independently of the legal process at the German court, confirms arguments from the plaintiff Saúl Luciano Lliuya and his lawyer Dr. Roda Verheyen (Hamburg). Luciano Lliuya is relieved that researchers are providing such clear statements: “Once again, the science is showing us how human-made climate change is causing glacial retreat and leading to great dangers for us. This study helps us understand what the problem is and who should take responsibility.” The small-scale farmer and mountain guide has been involved in a civil claim against RWE since 2015. He demands that the company help pay for protection measures against flood risk in accordance with its contribution to global warming, amounting to around 0.5%. After the court found the claim to be legally admissible in late 2017, the case moved into the evidentiary stage. The judges are currently planning a visit to the lake in Peru with court-appointed experts.

Dr. Roda Verheyen, Saúl Luciano Lliuya’s lawyer, explains: “This is an independent scientific study in which we were not involved. We will carefully examine the study’s astonishingly clear results and likely introduce it into the legal proceedings as evidence. I am happy for my client who has already waited years for a verdict while the defendant has tried to slow down the process, even before the pandemic.”

The Stiftung Zukunftsfähigkeit (Foundation for Sustainability) is covering all the plaintiff’s costs in this precedent-setting claim and is collecting donations. The environmental and development organization Germanwatch is supporting this claim due to its great relevance for those who are threatened by the climate crisis worldwide. Klaus Milke, Chairman of the Foundation and Honorary Chairman of Germanwatch, says: “The science is demonstrating ever more precisely the dramatic impacts of the ongoing climate crisis. This study from independent researchers offers valuable evidence to draw a causal chain between RWE’s emissions and climate change impacts in the Andes. In the future, similar studies could enable new claims that hold other greenhouse gas emitters to account.”

This press article was originally published by Germanwatch on February 4, 2021