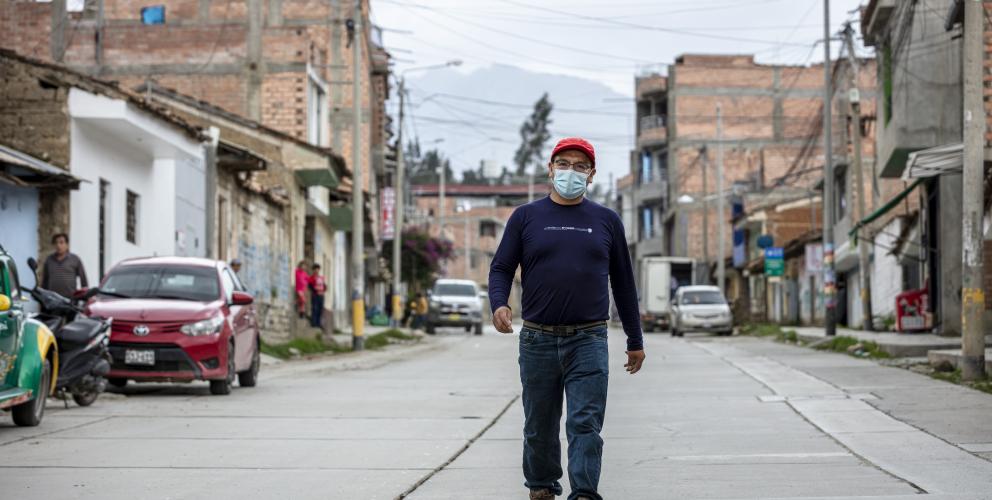 The RWE case is finally moving forward: in summer, the Higher Regional Court of Hamm will conduct a site visit to Huaraz. The visit had been delayed since 2019 due to the COVID 19 pandemic. In Peru, judges and court-appointed experts will examine the risk of glacial lake outburst flood affecting the plaintiff Saúl Luciano Lliuya’s house.

Saúl Luciano Lliuya is content that the case is finally moving on:

The mountains are losing their glaciers before our eyes and too little is being done to stop it. This lawsuit contributes toward an effort against glacier melt and climate change. The court will now determine whether major emitters must take responsibility. I hope that through their visit to Peru, the judges will understand the consequences that climate change is causing for us.

His lawyers Dr. Roda Verheyen and Clara Goldmann as well as employees of Germanwatch and Stiftung Zukunftsfähigkeit will support Saúl Luciano Lliuya during the site visit.

Later, the court plans to appoint additional expert to examine the extent to which climate change and the CO2 emissions released by RWE have contributed to the risk of flooding affecting Luciano Lliuya’s house.

While RWE's lawyers have argued that there is insufficient evidence to prove liability, the plaintiff draws on a groundbreaking study by scientists at the Universities of Oxford and Washington. It shows that arout 95% of the glacier melt at Lake Palcacocha above the plaintiff's property is due to anthropogenic climate change. Glacier retreat in the Andes is a serious cause for concern. In 1941, the same glacial lake caused a flood in Huaraz with at least 1800 fatalities. According to scientists, that disaster could already be attributed to climate change.

The RWE case already made legal history in 2017 when it entered the evidentiary phase. Judges at the Higher Regional Court of Hamm ruled that the lawsuit was legally admissible. In principle, according to the judges, it is possible to hold major emitters accountable for their contribution to climate change impacts. A ruling is expected in 2023.

The Foundation Stiftung Zukunftsfähigkeit covers funds for court, attorney and court-appointed experts. It is calling for donations to support the evidentiary phase and is happy to receive support.