On November 24, 2015, Saúl Luciano Lliuya, a mountain guide and farmer, filed a lawsuit against the energy company RWE in a German civil court. His house is threatened by a flood wave from the rising glacial lake Palcacocha. The cause is climate change, which RWE is helping to cause through its business model. The lawsuit is the first time a person affected by climate change has demanded that one of the largest greenhouse gas emitters in Europe contribute to urgently needed protective measures. The indictment states: "Declare that the defendant is responsible to bear, in accordance with its proportionate share of the impairment amounting to 0.47%, costs for appropriate protective measures, insofar as these are carried out by the plaintiff or third persons, in order to protect the plaintiff’s property from a glacial flood from Lake Palcacocha, insofar as the plaintiff is burdened by these costs."

Clara Goldmann, Dr Roda Verheyen and Saúl Luciano Lliuya (from left) at the hearings of the Higher Regional Court of Hamm in 2017.

On November 30, 2017, the Higher Regional Court of Hamm (OLG) determined that it considered a civil claim based on the "neighborhood section" 1004 of the German Civil Code (BGB) against the energy company RWE to be possible in principle and decided to enter into the taking of evidence. With this decision, the court wrote legal history!

For the first time, a court has affirmed that, in principle, a private company is responsible for its share in causing climate-related damage. This applies if a share of concrete damage or risks to private individuals or their property can be attributed to the company's activities.

We have already overcome the biggest hurdle in the Huaraz case, namely deciding whether climate damages can lead to corporate liability. From now on, we have to deal with the facts and the science.”

To answer the first question of evidence, the court arranged a site visit to Huaraz, which had to be postponed again and again due to the Corona pandemic. The on-site visit of a German court on the other side of the planet in Peru is extraordinary - perhaps even historic.

At the end of May 2022, the time had finally come! Judges of the Higher Regional Court (OLG) of Hamm, legal counsel and court-appointed experts traveled to Peru to investigate whether the house of the plaintiff and his family is actually threatened by a possible flood wave from the glacier lake Palcacocha, located 4,500 m above the city.

The experts will prepare a written report and submit it to the court and the parties. After that, the litigants will have time to respond to it. It is possible that the expert opinion will subsequently also be discussed in an oral hearing.

I hope that the judges and also the representatives of RWE have realised through their visit the ever-increasing risk we are exposed to here. The question for us is not whether a flood wave is imminent, but when and how badly it will hit us. I look forward to hearing the experts' assessment.", says Saúl Luciano Lliuya.

Saùl Luciano Lliuya during the site visit to Huaraz

If the court comes to the conclusion that there is indeed a legally relevant risk, the second question of evidence is addressed: whether the risk in the event of a flood wave can also be partially assigned to RWE.

What has happened so far?

24.11.2015: Saúl Luciano Lliuya files the lawsuit, which is classified as a „case of fundamental importance“ by the Essen Regional Court in December.

June 2016: In its defence, RWE denies its own responsibility for climate damage in the Andes and denies the flood risk.

15.12.2016: The Essen Regional Court dismissed the lawsuiton the grounds of a lack of "legal causality. Nevertheless, it conceded a possible "scientific causality".

26.01.2017: After the dismissive judgement in the first instance, Saúl Luciano Lliuya appeals to the Higher Regional Court of Hamm.

13.11.2017: At the oral hearing, the Court states that major emitters like RWE are in principle obliged to support people in poor countries affected by climate damages.

30.11.2017: The Higher Regional Court of Hamm decides to enter into the evidence phase and thus writes legal history.  Extensive assessments are to be expected.

25.02.2018 and 14.03.2018: The Higher Regional Court of  Hamm clearly rejects two counter-arguments by RWE‘s lawyers against the decision to take evidence and once again states that corporations can be hold accountable for climate change.

Section 1004 of the German Civil Code, the general provision under German civil law for protection against interference with property, is the basis for the claim.

Paragraph 1: If the ownership is interfered with by means other than removal or retention of possession, the owner may require the disturber to remove the interference. If further interferences are to be feared, the owner may seek a prohibitory injunction.

Paragraph 2: The claim is excluded if the owner is obliged to tolerate the interference.

Many other jurisdictions have similar nuisance provisions as Section 1004. The RWE case not only increases pressure on emissions-intensive companies, but also on politicians to find viable long-term solutions.

The lawsuit builds on Section 1004 of the Civil Code, the basic nuisance provision under German law. The section is typically applied in neighbourhood disputes around issues of property impairment.  It has been in force since 1900. In the 1899 explanatory memorandum to the law, the legislature pointed out that this norm can also regulate a legal relationship over broader distances. The Hamm Higher Regional Court found this to be relevant for the RWE case. It ruled that climate change with its cross-border effects has brought about a kind of global neighborly relationship, so that Section 1004 also applies here. In this case, it is about a 10,000 kilometers distance that separates RWE's headquarters in Essen from the plaintiff Saúl Luciano Lliuya in the Peruvian Andes.At a hearing, the judges commented that these are “prophetic phrases.”

“We live at the bottom of a sea of air. This circumstance necessarily means that human action extends into the distance... If the permission or prohibition of such an immission is to be determined, one must not only consider the relationship of neighbour to neighbour; rather, the scope of the owner’s right can be made to bear on all people... Someone who causes or spreads imponderabilia must know that these go their own way. Their propagation across the border can be attributed to them as a consequence of their action.”

The importance of climate science

This is the first case to authoritatively test attribution science in court. The court has accepted climate models as evidence in principle.

The RWE case has already made legal history. Companies like RWE can, in principle, be held liable for the consequences of their emissions if there is sufficient scientific evidence to prove causation. The court is now examining whether RWE can be linked to specific climate change impacts in the Peruvian Andes.

Tackling the complex evidentiary issues is a particular challenge for the court and expert witnesses as this is the only lawsuit of its kind to make it to an evidentiary hearing.

The case is a great challenge to science because we need to bring together different scientific disciplines, some of which still do not cooperate sufficiently. We need a more comprehensive understanding of human interactions on the climate system, ecosystems, and the feedback on society and its response.”, explains Prof Dr Christian Huggel, climate scientist.

An independent scientific study by researchers from the Universities of Oxford and Washington has already come to a clear conclusion: warming that is causing glacier melt in the region above Huaraz is more than 85 percent attributable to human emissions. In fact, they say it is more than 99 percent certain that the glacier retreat leading to the flooding risk at the glacial lake cannot be explained by natural changes alone.

This independent third-party study provides valuable evidence to show the causal chain between RWE emissions and climate change impacts in the Andes. In the future, more studies of this kind could enable similar lawsuits to hold other major greenhouse gas emitters accountable.

Higher Regional Court of Hamm: Order on the defendants' argument of December 14th 2017 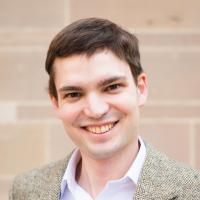