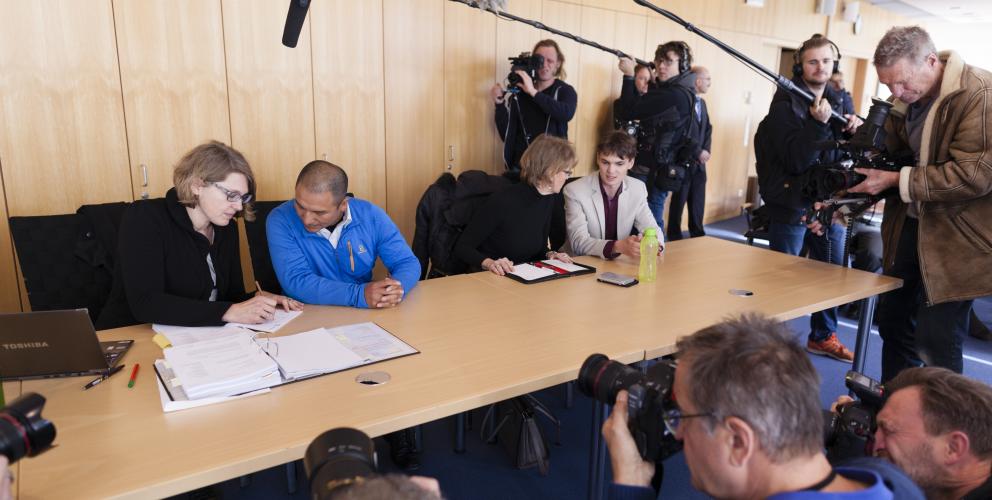 Saúl Luciano Lliuya versus RWE: Following the legal debate, now the evidentary phase begins – Investors all around the world are now forced to take new litigation risks into account

Hamm (30. Nov. 2017). The decision announced today by the Higher Regional Court Hamm (Germany) to enter into the evidentiary stage in the case of Saúl Luciano Lliuya against the german utility RWE is of great legal relevance. It is the first time that a court acknowledged that a private company is in principal responsible for its share in causing climate damages. This applies if concrete damages or risks for private persons or their property can partly be assigned to the activities of the relevant company.

The legal base for this decision exists in a similar form in 50 states around the world, according to research conducted by the plaintiff’s lawyer Dr. Roda Verheyen (Hamburg). Today’s decision therefore has immediate implications on the legal duties of great emitters all around the globe, so the assessment of the environmental and development organisation Germanwatch that supports the suit. The relevant litigation risk has to be communicated to shareholders and adequate financial reserves must be built - investors will have to take those risks into account when taking their investment decisions, says Germanwatch.

‘The entering into evidentiary phase in this case in itself is already writing legal history‘, says lawyer Roda Verheyen. ‘The OLG Hamm confirmed its vote of the oral hearing on November 13th: Major emitters of greenhouse gases can be held liable for protective measures against climate damages. Now we can prove in a concrete case that RWE contributed and continues to contribute to the risk of a local glacier outburst flood in Huaraz.’

The plaintiff Saúl Luciano Lliuya was informed of the decision via phone - he had returned to Peru after the oral hearing. ‘This really is a major success, not only for me but for all the people here in Huaraz and anywhere in the world facing climate risks. The companies that significantly contribute to climate change now also have to take responsibility. As a next step we have to prove the contribution of RWE to the glacier shrinkage in Peru. We still have a long way to go. But as a mountaineer, I am used to long and rocky roads.’

Klaus Milke, Chairman of the Board of the environmental and development organisation Germanwatch, states: ‘We congratulate Saúl Luciano Lliuya. He did not want to be victimised and this precedence has already raised the hopes of many people affected by climate change. Still, it cannot be a long-term solution that the most vulnerable people around the world now have to file legal action for their rights. We are counting now on political action for protecting the affected people and holding the emitters responsible.’

The decision establishes a solid argument for legal causality in cases that were not accepted before, notably in reference to a negative ruling of the Federal Supreme Court on acid rain in 1987.

The case at hand now enters into the next stage – the taking of evidence. After the legal argument of this case has been accepted by the court, the task is now to prove the plaintiff’s concrete claims before the court. Is Saúl Luciano Lliuya’s home in fact acutely endangered by a glacier outburst flood? Do RWE’s historical emissions really amount to half a percentage point of global emissions since the beginning of industrialisation? And can it be proven that these emissions contribute to the risk of flooding in Huaraz? These questions will from now on play a central role.

This press article was originally published by Germanwatch on November 30, 2017.